One of the world’s biggest solar technology companies is closing its Cape Town factory due to what it terms the government’s lack of commitment to green energy.

German manufacturer SMA Solar Technology has also taken a swipe at Eskom for “shocking statements” about the independent power producer programme, which has effectively been shelved by Eskom CEO Brian Molefe.

The factory closure is a major blow to various local initiatives to promote green energy, particularly in the Western Cape, which is setting up a green technology special economic zone.

Ironically the factory to be closed was officially opened by Deputy Minister of Trade and Industry Mzwandile Masina. The DTI now stands accused of paying lip service to growing the green economy.

News of the closure prompted harsh words yesterday from Economic Opportunities MEC Alan Winde who has been championing a provincial green energy hub. 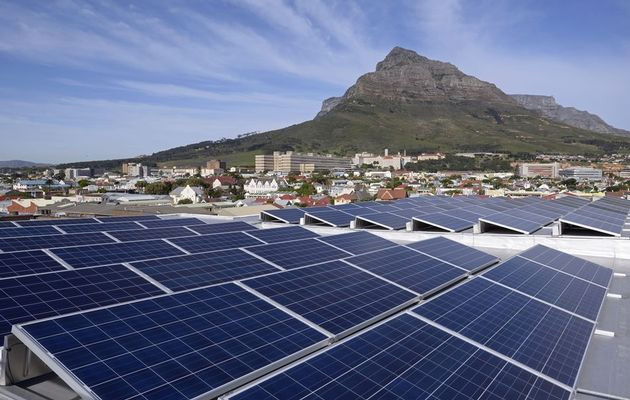 “Wavering support for the renewable industry . and REIPP initiatives, recent shocking Eskom statements pertaining to the off-take of renewable energy and a local content policy with many loopholes utilised by competitors in the bidding process (for energy generation projects) do not contribute to a sustainable, predictable business environment and justifying costs for a factory in South Africa,” he said.

The procurement programme was set up in 2010 by the Department of Energy, the Treasury and the Development Bank of Southern Africa to stimulate the growth of a green energy industry, which could supplement Eskom’s faltering supply.

A key aspect of the programme is the signing of power purchase agreements aimed at attracting investors by enhancing project “bankability”.

Eskom claims the purchase agreements increase the cost of power and are a financial drain.

Eskom last month sent shock waves through the local market when it announced it would no longer sign power purchase agreements with independent power producers, despite several major projects in the pipeline.

The decision was all the more surprising given that the renewable energy programme has attracted R193bn in private investment in five years, and has been hailed as a major success.

However the programme does not enjoy the support of Molefe, who has regularly expressed reservations – including his belief that the programme would force Eskom to buy obsolete renewable technology.

“We will be like somebody who has an old phone, while everybody else has an iPhone,” he was quoted as saying.

Responding to The Times queries on Thursday, SMA said it would transfer its South African production to Germany and China “in order to increase the utilisation of the existing plants”.

“SMA must adapt to new market conditions and consolidate the production capabilities to optimise the cost structure,” the company said in a statement.

The Cape Town facility employs eight full-time staff, but the company will retain a sales and service team.

SMA Solar Technology claims to be the global market leader for solar inverters, with subsidiaries in 20 countries. Recently it was reported the SMA Group’s sales increased by 15.1% to à494.1-million year on year.

Winde told The Times the move was “a big blow” to South Africa’s green energy brand.

“These are global leaders, and when they are making these kinds of decisions it affects our brand.”

“We want to create manufacturing capability and we know that we need to be competitive in the energy space, but we are not facilitating it properly,” Winde said.

Eskom spokesperson Khulu Phasiwe said Molefe’s stance on renewable energy had been misconstrued, and that the Department of Energy and Eskom were fully committed to renewable energy as per the government’s roll-out plan. Eskom had signed with 64 independent power producers, who were already adding 2145MW of power to the national grid.

“There has been a lot of . misunderstanding about what Brian Molefe has been saying about renewable energy,” Phasiwe said. He said Molefe had merely indicated he was eager to conduct further research on renewable energy to see if it could be stored more efficiently. DTI spokesman Sidwell Medupe could not be reached for comment on Thursday.